You shouldn’t ignore the wind energy pros and cons because it is one of nature’s gifted energies on earth. When you look at the other energy types such as nuclear energy, coal energy, etc, you need to pay for it. But, the energies like solar energy, hydro energy, and wind energy are free of cost. Just you need to build a setup and it is ready for use. Due to the increased use of energy, researchers are trying their best to find out some new forms of energy because there are limited sources of fossil fuels and gases. These all are non-renewable. To know more about wind energy, let me tell you about wind energy pros and cons.

What Are Wind Energy Pros And Cons?

Wind energy pros and cons are

First of all, let’s understand wind energy advantages in detail and then move on to the cons.

Free of cost means available abundantly on earth. So, no need to worry about the end. Since wind turbines themselves run strictly on the power of wind-generated power, there is no need for fuel or some external push.

The latest advances in technology have transformed preliminary wind turbine designs into extremely efficient energy harvesters. Turbines are available in a wind range of sizes, increasing the market to many different types of businesses and by individuals for use at home on larger lots and plots of land.

If operating cost is low, the overall expenses automatically remain low. And here the same happens with wind energy as it has a low operating cost. Once installed, operating costs are relatively low, their fuel is the wind which is free. And the turbine doesn’t require too much maintenance over the course of its lifetime.

Cumulatively, wind farms can take up a lot of land space. However, the actual turbines and equipment don’t use up a lot of real estates. This means that land used for wind turbines can often also be used for other purposes, such as farming.

Click here – What Are Intermittent Fasting Pros And Cons?

Wind energy is dangerous to some wildlife because wind turbines are known to be prone to threats to wildlife. Like flying birds and bats whose habitats or migratory paths could be injured or killed if they run into the blades that turn on the fan. And this is the main difference between the pros and cons of wind and solar energy.

How does wind energy work? Its operation is noisy and irritating. Because wind turbines can be quite noisy, which is why they are mostly found in very rural areas where most people don’t live. Depending on the location of the turbine, such as offshore, noise isn’t an issue.

As far as the upfront cost is concerned, it is high in wind energy. It is because such massive installation of wind energy turbines and other equipment required substantial upfront investment.

Wind farm opposition is due to its unreliability or unpredictability. Wind energy suffers from what is called intermittence, which is the disruption caused by the inconsistency of the wind itself. Since wind can blow at various speeds, it’s hard to predict the amount of energy it can collect at a given time.

Another con of wind energy is that it requires transmission because it is remote. In many cases, turbines and generation sites may be located quite far from the populated areas where electricity is needed. Therefore, transmission lines are an additional piece of infrastructure.

What Is Wind Energy One Word Answer?

Wind energy, or wind power, is the process whereby wind is used to generate electricity. Wind turbines convert the kinetic wind energy into mechanical power, which can be used for specific tasks or to turn into electricity. Advantages of wind energy: Wind is a reliable and infinite renewable energy resource.

What Is Wind Energy Called?

Wind energy is a form of solar energy. Wind energy (or wind power) describes the process by which wind is used to generate electricity. Wind turbines convert the kinetic energy in the wind into mechanical power.

What Are The 3 Main Types Of wind Energy?

What Is The Wind Energy Explain For Kids?

Wind energy is the energy from the bulk movement of air. Wind is caused by pressure differences in the atmosphere which are caused by uneven heating of the earth by the sun. Air moves from areas of higher pressure to areas of lower pressure, which produces wind as a result.

Why Is Wind Energy Not 100% Efficient?

What Are Two Cons Of Wind?

After reading this article you became well aware of the pros and cons of wind energy. As you all know wind energy is a renewable energy that harnesses the energy generated by wind through the use of wind turbines that convert it into electricity. The wind is generated from uneven heating of the atmosphere, mountains, valleys, and the revolution of the planets around the sun. Now, you won’t forget about wind energy pros and cons.

To Know Some Great Stuff Do Visit BioCaptions

To Know Some Great Stuff Do Visit BiosWikis

To Know Some Great Stuff Do Visit Caresclub

To Know Some Great Stuff Do Visit CaresGuru

To Know Some Great Stuff Do Visit CrazzyCricket

To Know Some Great Stuff Do Visit Bigbii

Previous post What Are The Reverse Mortgage Pros And Cons? 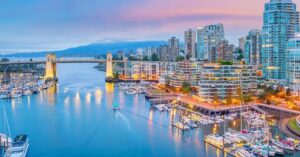 Next post What Are Living In Canada Pros And Cons?
Juliet D'cruz

Do you know about clover lawn pros and cons? Don’t run to search for it, here we are with some...